Skip to main content
Oneworld Sites > Home > Do you know more than the average Millennial?

Do you know more than the average Millennial? 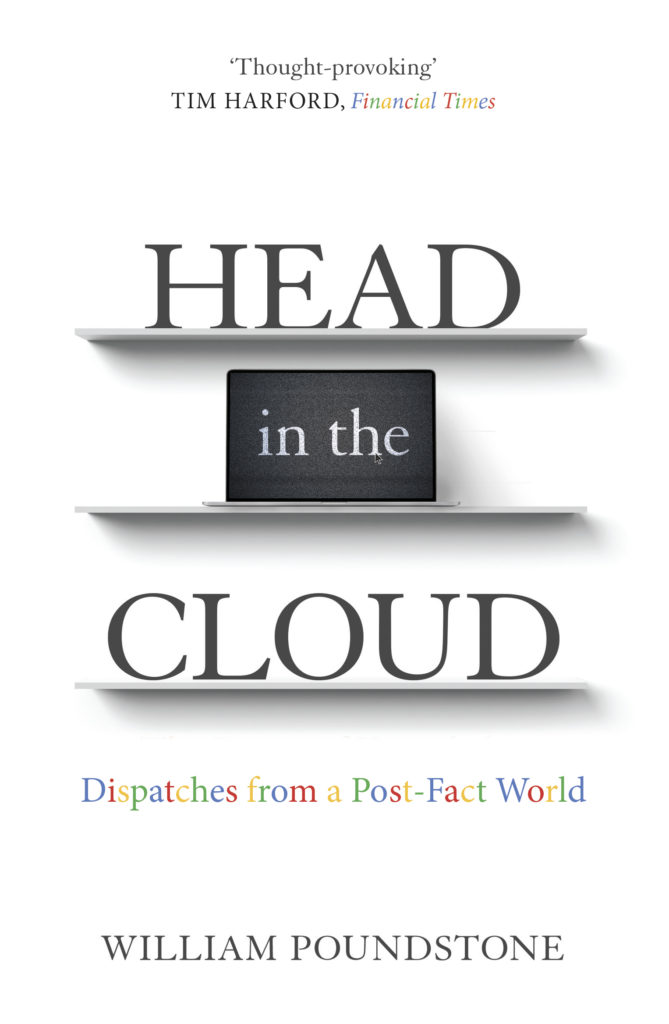 What’s the point in knowing anything when facts are so easy to look up?

In Head in the Cloud, William Poundstone investigates the true worth of knowledge. He reveals the surprising benefits of broadening your horizons and provides an unnerving look at the consequences of being ill-informed.

cannot name anyone who shot a US president;

don’t know Socrates’s most famous pupil (or the poison that killed Socrates);

can’t say who wrote The Canterbury Tales, A Streetcar Named Desire, or 1984;

are unable to supply the word for “deer meat” or “people who explore caves” or “the three-leaf clover that is the emblem of Ireland”;

can’t identify the pop star who recorded “Heartbreak Hotel” and “All Shook Up” or the male or female leads of Gone with the Wind or Casablanca;

don’t know the artists who painted Guernica, The Persistence of Memory, or American Gothic or the escape artist who died of a ruptured appendix;

don’t know who invented the telegraph, steamboat, radio, or phonograph;

don’t know who proposed that the earth moves around the sun, demonstrated that lightning is electricity, or formulated the theory of relativity;

can’t name the largest ocean on earth, the longest river in South America, the city whose airport is Heathrow, or the mountain range that contains Mount Everest;

can’t name the woman who discovered radium, the one who (in popular myth) designed and sewed the first American flag, or the Egyptian queen who allied with Mark Antony against Rome;

are unable to recognize Karl Marx, Queen Victoria, or Charles Dickens from a photograph;

draw a blank when asked for the capital of New York;

don’t know what Frank Lloyd Wright did for a living;

can’t name the captain of the Pequod in Moby-Dick, the ship of Charles Darwin’s scientific voyage, the secret project that built the first atomic bomb, or the first artificial satellite;

don’t know the ancient city celebrated for its hanging gardens, the one destroyed by Mount Vesuvius, or the emperor said to have fiddled while Rome burned;