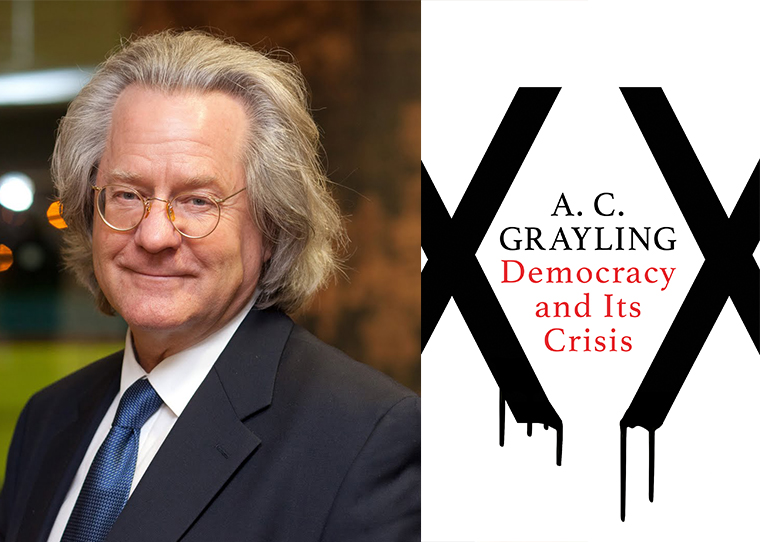 Leading philosopher Professor A C Grayling explains why democracy is failing and suggests how to put it right.

Grayling says that in two of the leading examples of democracy – in the United States and in the UK – representative democracy has been ‘made to fail’. He argues that if the ideas that underlie the concept of representative democracy were properly and transparently applied, democracy would truly be, as Winston Churchill described it, ‘the least bad of all systems’. But it has been made to fail by a combination of causes, all of them deliberate. Grayling explains the election of Trump and the Brexit referendum in the light of what has happened to the West’s leading democratic systems.

Grayling is master of the New College of the Humanities, London, and professor of philosophy. He is author of more than 30 books of philosophy, biography, history of ideas, and essays, a columnist for Prospect magazine, and was a columnist for many years on the Guardian and Times. He has made regular appearances on radio and television. Grayling has twice been a judge on the Booker Prize, serving as the chair of the judging panel in 2015. He is a vice-president of the British Humanist Association and a fellow of the Royal Society of Arts and of the Royal Society of Literature.