Coming to terms with your identity is always difficult. But for Ari, the 42nd reincarnation of King Arthur, it just got a whole lot more complicated. Gender-bending royalty, caustic wit and a galaxy-wide fight for peace and equality all collide in this epic adventure.

With an awkward adolescent Merlin and a rusty spaceship, this is the Arthurian legend as you have never before seen it.

Simon, Kat, Busara, and Elvis are on the run with the tech super-villains at the Company hot on their heels. The new VR gaming experience the Company created, OtherEarth, is set to change how the world experiences video games. Paired with the hardware the Company developed, it has the potential to change the world as we know it, altering our reality forever.

The Company is on its way to becoming the world’s newest superpower. And Simon is determined to shut them down forever. But to do that, he’ll have to survive OtherLife – the next phase of gaming, and a complete reality reboot.

“I loved learning about how the ocean is in trouble.” Tess, age 6

On the hottest day of the year, the friends imagine a water slide coming out of Katy’s bedroom window. As they plunge into an underwater world, they can’t wait to explore.

But when they meet a dolphin in distress, they realise the ocean is in big trouble. It’s so full of plastic that the sea creatures have been forced to flee their homes. Can the friends come up with a plan to put things right?

“I loved the meaning of this book – we should all do more to save our world.” Florence, age 7

Katy, Cassie and Zia find themselves transported into outer space when their rocket made out of recycled waste magically becomes life-sized. With the help of Katy’s cat Thunder, the girls navigate their way to the Wishing Star.

But as they prepare to make their wishes, the friends see the destruction happening back home and realise they have a greater mission: TO SAVE PLANET EARTH.

“I love this adventure! It’s made me want to save the world, just like Katy, Cassie and Zia!” Annabel, age 6

Winter has arrived, and the girls decide to cosy up with a picnic in the North Pole. But to their surprise the Arctic Queen gives them a frosty reception.

Before they can enjoy snowflake-shaped sandwiches and mountains of ice cream, they must first understand how important it is to protect the polar animals’ habitat. But can they figure out how to stop the North Pole from melting?

It only takes one day at their new school for Parker and Sven to become mortal enemies. Parker’s had a terrible summer and just wants to be invisible, while Sven is desperate to make an impression and be known as anything other than "that boy with epilepsy."

When Parker discovers her beloved dog Alaska – who she had to give away last year – now belongs to Sven, she’s determined to steal Alaska back. Of course, that’s easier said than done…

Longlisted for the Branford Boase Award 2021

Nominated for the CILIP Carnegie Medal 2021

‘Izzy is my hero, and her voice deserves to be heard around the world. Stunning.’ Jennifer Niven, author of All the Bright Places

‘Amy Beashel holds nothing back when confronting rape culture and toxicity; this beautiful book will floor you and deserves to be on every shelf, everywhere.’ Kathleen Glasgow, author of Girl in Pieces

Izzy feels invisible. Trapped under the weight of expectation and censored by shame.

Her mum Steph and best friend Grace have always been there to save her. But with one under the control of her stepfather and the other caught in the throes of new love, Izzy is falling between the cracks.

As threats to her safety grow, Izzy wants to scream. But first she must find her voice.

[This book contains material which some readers may find distressing, including discussions of rape, coercive behaviour, domestic violence and abuse.] 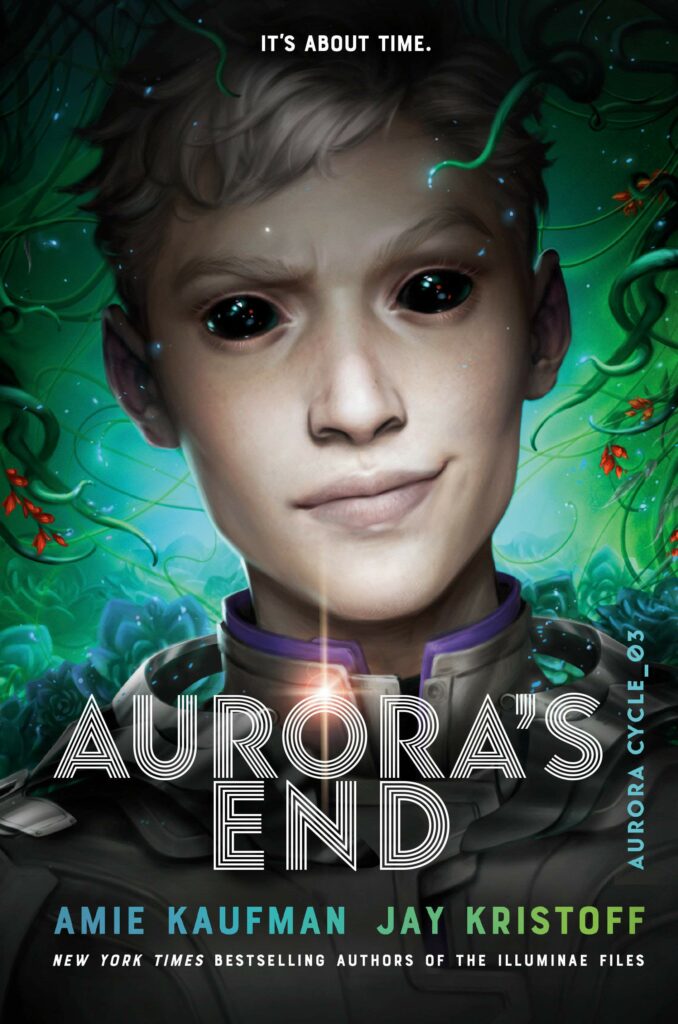 The squad you love is out of time. Prepare for the thrilling finale in the epic, bestselling Aurora Cycle series about a band of unlikely heroes who just might be the galaxy’s last hope for survival.

Is this the end?

What happens when you ask a bunch of losers, discipline cases and misfits to save the galaxy from an ancient evil? The ancient evil wins, of course.

When we last saw Squad 312, they were working together seamlessly (aka, freaking out) as an intergalactic battle raged and an ancient superweapon threatened to obliterate Earth. Everything went horribly wrong, naturally.

But as it turns out, not all endings are endings, and the team has one last chance to rewrite theirs. Maybe two. It’s complicated.

Cue Tyler, Kal and Auri joining forces with two of the galaxy’s most hated villains? Um, okay, yeah. That too.

Actually saving the galaxy, though?

Now that will take a miracle.

The second instalment in the bestselling Aurora Cycle series

Our heroes are back. Kind of.
First, the bad news: An ancient evil – you know, your standard consume-all-life-in-the-galaxy deal – is about to be unleashed.
The good news? Squad 312 is standing by to save the day.
They’ve just got to take care of a few small distractions first.
Like the cadre of illegit GIA who’ll stop at nothing to get their hands on Auri.
Or Kal’s long-lost sister, who’s not exactly happy to see her baby brother, and has a Syldrathi army at her back.
With half the known galaxy on their tails, Squad 312 has never felt so wanted.
Shocking revelations, bank heists, mysterious gifts, inappropriately tight bodysuits and an epic firefight will determine the fate of the Aurora
Legion’s most unforgettable heroes.

And maybe the rest of the galaxy as well.

‘Aurora Rising is to sci-fi what Stranger Things is to the cinema of the eighties – a fusion of everything you love about the genre that adds up into something completely fresh.’ Samantha Shannon

The year is 2380, and the graduating cadets of Aurora Academy are being assigned their first missions. Star pupil Tyler Jones is ready to recruit the squad of his dreams, but his own boneheaded heroism sees him stuck with the dregs nobody else in the Academy would touch:

A cocky diplomat with a black belt in sarcasm
A sociopath scientist with a fondness for shooting her bunkmates
A smart-ass tech-whiz with the galaxy’s biggest chip on his shoulder
An alien warrior with anger management issues
A tomboy pilot who’s totally not into him, in case you were wondering

And Ty’s squad isn’t even his biggest problem that’d be Aurora Jie-Lin O’Malley, the girl he’s just rescued from interdimensional space. Trapped in cryo-sleep for two centuries, Auri is a girl out of time and out of her depth. But she could be the catalyst that starts a war millions of years in the making, and Tyler’s squad of losers, discipline-cases and misfits might just be the last hope for the entire galaxy.